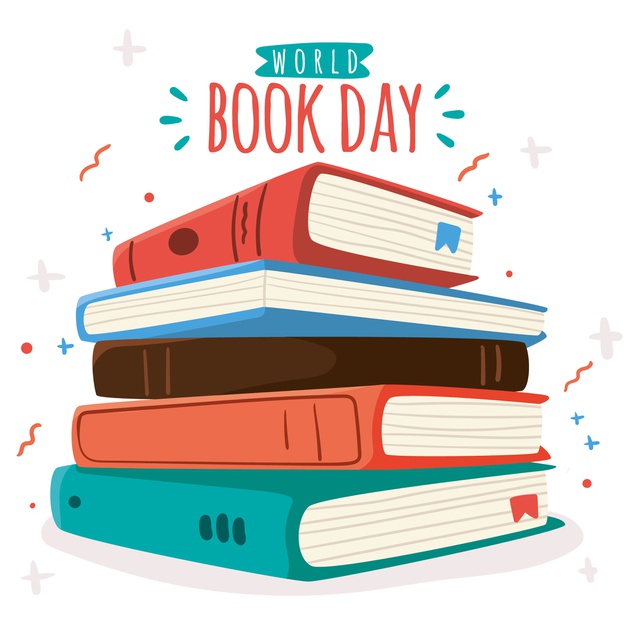 World Book Day celebrates everything to do with literature and reading. The annual event, led by charity Unesco, is largely targeted towards children and aimed at encouraging their love of reading.

The Bear and the Thorn

Once upon a time in a forest not far away there lived a very fuzzy bear. Now bears usually go lumbering through the forest on all four legs, but this bear always seemed to be limping, as if something was wrong with her right paw. Other animals would question why she walked with a limp and the bear would reply: “I don’t limp,” or, depending on how she felt at the moment, “I don’t know why I limp.” Sometimes the bear could sense pain deep down inside her paw and she would hold it up and look at it, but she saw nothing unusual. It looked just like her other paws, with scarcely any signs of scars or cuts or problems that would cause her to limp.

One day, as she was walking down a path with nowhere in particular to go, the bear came upon a little cub who had fallen into a clump of prickly bushes and now had a huge and sharp thorn lodged in its paw. The little cub was whimpering and crying because it was very afraid and did not seem to know what to do to get rid of its pain. Gently the bear held the little cub and pulled the thorn out of the paw. The cub

whimpered and cried for some time after the thorn was removed, and the bear watched and comforted the cub as the bleeding stopped and the wound began to heal.

All at once as the bear looked down at the young cub, from deep within her, in the  hidden corners of her memory, a picture from the past began to appear – a picture from a time, when she too, had fallen into a prickly bush and lodged a huge thorn deep within the pad of her right front paw. The memory became clearer as she realised that when she was younger she didn’t know how to get anyone to help her. So gradually the skin on her paw grew around the thorn, covering up the thorn and also covering up the knowledge that it was even there. But the sharp object lay deep within her paw, surrounded by infection that spread throughout her whole body, leaving only numbness Instead of feelings of being a bear.

As she found this memory, the bear understood what she had to do. She soon helped the little cub find its mother and then set off to find other bears in the forest and ask for their help in removing the thorn. Before long, she managed to find a bear that had much experience in thorn removal. “This is going to hurt some,” said the wise bear. “It’s been buried so long that as we bring it up you may wonder if you shouldn’t leave it in place so you won’t have sharp pain now. But,” she went on “this thorn has hurt you far more than you now understand. It must come out so that the infection that it caused in your body can be healed.” Then, using pressure and persuasion, the wise bear eased the sharp thorn nearer and nearer to the surface of the lonely bear’s paw until at last it was visible and could be removed. The other bears helped too, and    before long every bit of the thorn was out.

Getting all of the pieces of the thorn out after such a long time was painful, but the bear understood that in order for her pain to be completely gone every bit of the long embedded thorn had to be released from her paw. As she began to heal her paw sometimes hurt, but she noticed that each day she felt better and better. It was amazing – she was experiencing feelings in a new way and seeing the world through the eyes of a bear who was healthy and who, at last, loved being a bear. And to make sure she learned from her experience she told other bears how powerful a mind can be to hide the pain of a thorn buried deep in a paw. For she understood the lesson of the thorn that pain not remembered can be the most destructive pain of all.

We use cookies on our website to give you the most relevant experience by remembering your preferences and repeat visits. By clicking “Accept”, you consent to the use of ALL the cookies.
Cookie settingsACCEPT
Manage consent

This website uses cookies to improve your experience while you navigate through the website. Out of these, the cookies that are categorized as necessary are stored on your browser as they are essential for the working of basic functionalities of the website. We also use third-party cookies that help us analyze and understand how you use this website. These cookies will be stored in your browser only with your consent. You also have the option to opt-out of these cookies. But opting out of some of these cookies may affect your browsing experience.
Necessary Always Enabled

Any cookies that may not be particularly necessary for the website to function and is used specifically to collect user personal data via analytics, ads, other embedded contents are termed as non-necessary cookies. It is mandatory to procure user consent prior to running these cookies on your website.